The people who brought you weekends

I am not in a labor union and never have been. I do not have strong opinions for or against labor unions and do not wish to debate their place in current American politics, pension reform or anything else. But no one can deny the difference these unions made historically.

I may be partial to the historical significance because one of my ancestors was a big player in Labor in San Francisco from 1900 until 1937. 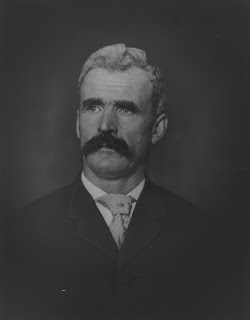 My great grandfather, Michael Casey,pictured above, was working long hours 7 days a week with his fellow laborers. They had enough.  In 1900,  the workers skipped work and went on a picnic and founded Local 85 of the Teamsters. My brother was writing a paper in college and went to the Labor archives where they excited to learn that he was related to Michael Casey and gave him this picture of our Great Grandfather at that infamous picnic. He's the guy in the center pouring the beer. 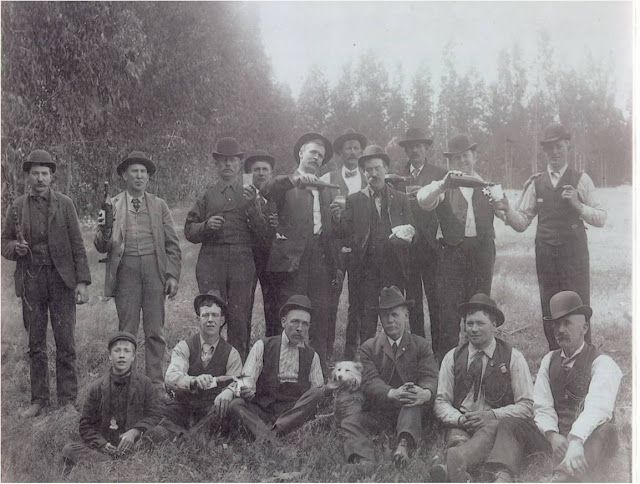 From that start, Local 85 grew in power and helped countless workers. Michael Casey's power grew too. As a young leader he ordered the strike of 1901. The newspaper called him  "Bloody" Mike Casey, and the term stuck.  He continued his labor work and his power grew until he was the head of the Teamsters for all of the Western United States (west of Chicago). As a much older and more powerful man, 'Bloody" Mike Casey was actually the conservative voice in the 1934 General Strike. From the admittedly bias accounts I've read, he was an instrumental figure in resolving the general strike of 1934 before the populace turned against labor.

In addition to his work in Labor, Michael Casey raised seven children, had about 20 grandchildren and 50 great grandchildren. Here he is as the patriarch with a few of his family members. My mother is the ringlet covered child in the front with her sisters Mayrose and Virginia on either side of her and her brothers Mike and Jack one row back. 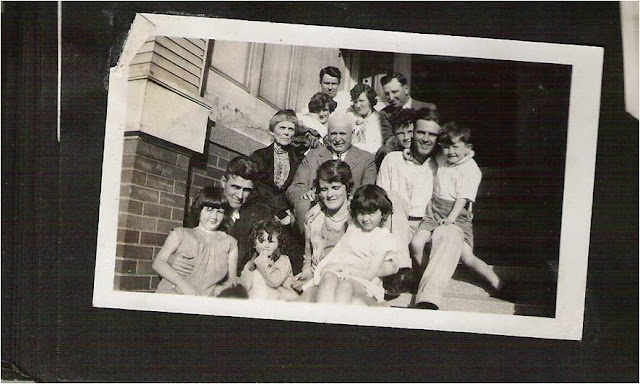 There are as many stories about Michael Casey as there are descendants. All of them are very entertaining. My Uncle Jack, peeking out from behind his uncle Charlie in the above picture and now now 90 years old himself,  has entertained us with stories of Capone's men coming to San Francisco and being turned back by my great grandfather and his cohorts before they could get a foothold in San Francisco. Who knows how true any of the stories are, but they are fun to listen to that's for sure.
.'
So I give a Labor day tip of my hat to Bloody Mike and those like him who helped so many lead a better life by standing up for the workers of this country.

Enjoy your day off. You earned it. Or someone earned it for you.

Teamsters Local 85 was led by two powerful men who would loom large over San Francisco organized labor for more than three decades: Michael "Bloody Mike" Casey (1857-1937) and John P. McLaughlin (1873-1949). Born in Ireland, Casey--a charter member of Local 85 and its first business agent--served as the union's president for more than thirty years. In 1904 he was elected one of the International Brotherhood of Teamsters' (IBT) seven regional vice presidents and the chief IBT representative and organizer for the entire United States west of Chicago http://www.oac.cdlib.org/findaid/ark:/13030/tf0d5n97pp/admin/#did-1.7.1
Posted by Maggie World at 11:14 PM