Back in the hunt

As many of you know, I left my position as a parent Liaison at UCSF Benioff Childrens' Hospital. As much as I loved that job, it just isn't enough for me anymore. It is limited in scope and hours and I need more of both.  It was perfect when I had the time constraints of Maggie's care and wonderful to ease my way back into the world after Maggie passed away, but now I am ready for more than that job can offer. Hence I find myself in the job market. 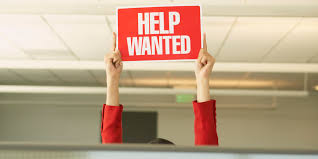 It is a strange place to be at my age and given my breadth of experience. I have always worked but have not looked for a job in nearly 25 years. Things just sort of fell into my lap both as a lawyer and in Maggie's World wearing any number of hats.

To be honest, it is exhilarating to be out in the hunt once again, though I do find myself wishing I was 20 years younger and didn't have to explain why I'm in the job market now. I really do not want to share the story of Maggie's life and death with folks in a job interview, but it is pretty much required in order to explain the various experiences I list on my resume. Don't get me wrong, those experience prepare me for any number of positions, and I am extremely proud of all of them, just as I am proud of my time with Maggie. It's just that it is not easy to sit in an interview and talk about it. And I doubt it ever will be.

I am being a bit circumspect about the jobs I seek. I am looking for something that will really allow me to use what Maggie taught me.  My focus has been in the non-profit world, but I wouldn't rule out something legal if it was a fit. I expected this hunt to take several months, especially since I am being so picky about where I apply; but I've already had a few interviews and feel like something will break soon.

Of course I haven't cut ties with UCSF either. It feels like a home to me and I would work there in a second if a job were the right fit. In fact today I am heading there in my role as facilitator of a group for parents who have kids admitted to the hospital.  This is the only group that I am aware of that is facilitated by a parent for parents of hospitalized children. It is a great idea because parents can connect with other parents and speak freely.  I hope this program can grow because the need is huge. The group is offered through Support for Families, a family resource agency in San Francisco with whom I have been affiliated since Maggie was born in 1994. It is great that the hospital and the family resource agency are working together and I am happy to be the link between the two.

Maybe I need to add common denominator to my resume.
Posted by Maggie World at 2:23 PM 1 comment:

Imagine being 21 and far from home for a summer of adventure. It is your opportunity to cut loose, away from you parents and work and have fun before going home and "settling down" to a job or a graduate program or whatever.  Who wouldn't want to do that?

Imagine, then when it all turns tragic in a horrific accident. That's what happened in Berkeley this week when 13 Irish students fell four stories when the balcony they were on gave way. Six were killed and seven more badly hurt.  Oh how my heart breaks not only for the students but for their friends and families who are left to deal with the aftermath of this calamity.

I know what it's like to lose a vibrant young adult suddenly, though I doubt anyone would equate Maggie's medical circumstance with the horror of that balcony collapsing. They are different circumstances, certainly, but the result for each of the families is not. They have each lost a vibrant young life that was just coming into its own; or, in the case of the injured, now have a very different life than they thought they would. Each has my complete sympathy and prayers.

For reasons clear only to the reporter, the New York Times decided to take a rather low road and blame the victims. and more specifically, the J-1 visa program that allowed them to come here to work for the summer, calling it an "embarrassment to Ireland" - a comment to which the  Irish government takes great exception  (Here's the article.)

Wow. Really? All those kids did was go to a 21st birthday party.

They were partying.
They were Irish.
So It must be their fault.

It's a tired and unfair stereotype.

Presumably if it wasn't Irish students on that balcony it would have been an entire family, or a group of kids from another country. Then who do you blame? The balcony didn't hold as it was supposed to. I don't know why, but it certainly wasn't the fault of those kids and blaming them or their program is patently unfair.

That is a cheap shot for sure and just beneath the dignity of the New York Times. It's akin to the trolls who leave mean spirited comments on the Internet hiding behind their anonymity.  The paper is under attack for this and has already issued a half hearted apology, but the whole thing is really foul.

The J-1 visa program is a wonderful thing. It allows students to experience a few months or a year or whatever amount of time in the US and allows them to work and see what it's really like to be here. It is legal and not really costing us anything. These students arrive, pay rent, get jobs, spend money, have fun and go home. It's a win win win. Why would that come under attack?

In 1984 I was clerking in a law firm for the Summer and two lads arrived from Ireland through that same J-1 visa program. They worked with me at the same firm. It was easily the most enjoyable three months that I spent as a lawyer or law clerk. Did we work hard? Certainly. Did we have fun? Why yes we did! We were young and had a good summer job and fortunately no one judged us by any of our wild activities that summer.

That was 31 years ago and I am still connected to both of them today. They went back to Ireland and "settled down" just as they were supposed to. They took the great experience of that summer and went back, grew up and lived their lives.   They are now a judge and a captain of industry. So they done good. One of them eventually moved to the US and raised his family here.We stayed with the other while in Ireland last year and he designed our fantastic trip through the West of Ireland. They are my life long friends and I never would have met either of them without that program.

I know of at least thirteen young travelers who won't get that chance because that balcony broke. That's sad for them, their families, and their friends who weren't physically hurt but are affected by this tragedy. And it's sad for the connections they would have made here in the Bay Area. It's been a great 31 years for me and I'm sorry for those who will miss out on that. 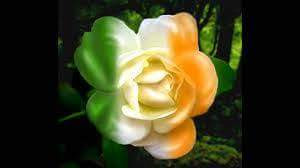 We just returned from a quick trip to Oregon to attend the wedding of my nephew Nick and his bride, Michelle. Everything went just as it was supposed to and the wedding was lovely. The happy couple are now honeymooning in Hawaii.

Nick is 25 and the first of that side of the family to get married. It is a momentous occasion when anyone gets married, and the first of a generation is particularly so. All the cousins were there to celebrate. They were having fun together, dancing and talking and smiling. It was something to see them all grown up and together..

This picture was probably taken in 1996 when they all fit on my couch.

Now they are giant galoots. All grown up and getting married


As wonderful as it was, it was killing me.

Of course I was very happy for the happy couple and for the entire family, but I felt a giant hole where Maggie should have been. I was teetering on the edge and had to excuse myself for the father daughter dance, but I managed to stay on the brink and not go completely over. The last thing I want is to cry through every happy occasion because I miss Maggie. It's not fair to anyone, including Maggie. That girl was all about the happy. She would have loved that wedding. 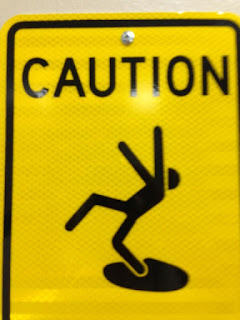 That hole is always there but generally I can work around it. Time like this one, when its all about family, it seems like a gaping chasm that threatens to swallow me whole. I know Steve and the boys feel it too, but we just go on about our business lest one of us fall in.

Everyone is dealing with something, but life goes on.We cannot wallow or expect the world to change because of the issues in our life.  We cannot expect others to take on their problems or issues. We all have to deal with our own as life goes on around us. The secret, I think, is to take part in life as much as possible.  Even though it is hard to do sometimes and it can take me to the brink, I find that taking part in life generally keeps me from falling into that gaping hole. And each time you don't fall in is another step forward.

I believe that's commonly called "fake it til you make it."

I will always miss Maggie and even more so at momentous family moments when she is missing. I will always be sad. But I will also be happy for whatever is being celebrated. You have to let the happy in or the sad wins.

And yes, you can absolutely experience both at the same time.