You Can Go Home Again, or at least Next Door 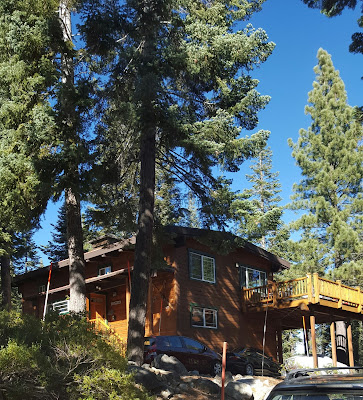 taken from next door


When I was a kid my parents built a house at Lake Tahoe. We spent the entire Summer up there with my mom and my dad would come up on "weekends." (Because he was self employed, the term "weekend" was however he chose to interpret it.)  Those were fun years. We swam in the Lake, went barefoot all summer and just had a great time.

We practically lived outside, especially on the giant back deck of that house.  My sister recently found this picture of me on the deck, probably late 70's or early 80's I'm guessing. 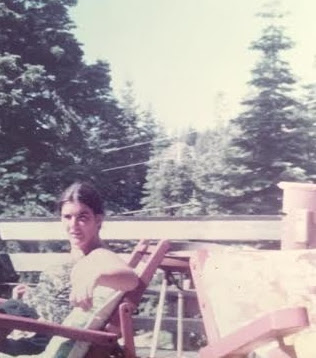 Tahoe is a year round place so there were many ski weekends up there too. Generally those were without my parents as my dad was not a fan of the ice and snow. One winter of being snowed in for several days was enough for him. As we entered young adulthood that was really ok. We had a lot of fun in that house.

As we got older and had families of our own, we would come up there with our kids too. They had just as much fun as we did. We always took a picture at the same place on the deck, in fact the picture above is the same spot from a different angle. I know there's one of  Steve and I just after we were married and one after Eddie and after Tim was born. I could find those if I really search, but we will have to settle for this one from 1994, the year Maggie was born. She is five months old in this picture, but spent the first 3+ months in the hospital. And if memory serves me correctly, we made a run to the Truckee hospital the very night this picture was taken
.

As it turned out, Maggie couldn't really handle the altitude (Tahoe is at 6500 ft), so we didn't go up there much once we figured out that was the reason she got sick every time we went up there.

Time and life goes on and things change. My dad was also having trouble with the altitude given the changes in his big heart, so the house was sold in about 1999.

In an amazing coincidence, my friend Eileen and her family purchased the house right next door to my parents place at Tahoe. Not that it would have mattered, but they had no idea of my connection to the house next door when they bought it.  You can see Eileen's house in the background in this shot of my mom and I probably from my high school days. 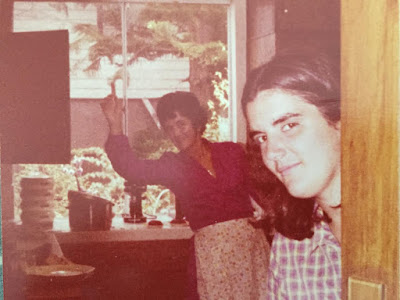 Eileen has let me stay there a couple of times, most recently last month when I went up to visit Tim. Rather then spend the weekend in a hotel in Reno, she suggested we use her house. I quickly agreed.

As luck would have it, someone was staying in our old house and I was able to get inside and look around. It was all updated and fancier than when we lived there, but really very much the same. It was basically a 2015 version of  a 1968 house.

The biggest change was to the deck where we always took the picture. Instead of a giant deck that wrapped all the way around the house, there are two separate decks. I'm not surprised. It was amazing that deck lasted as long as it did.  Despite the changes, the spot we always took the picture was right where it always was and I asked the folks there to take a shot of Tim and I in the exact same spot. 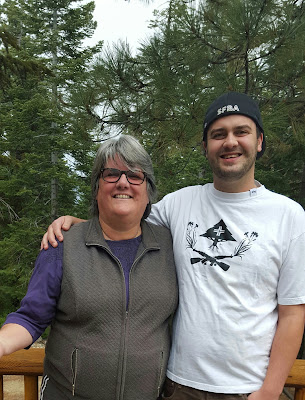 Both Tim and the trees are a lot taller and the view of the Lake is all but gone, but that's what 21 years will do. I was surprised to learn that his memories of the place are foggy, but of course they would be. He was really little when we stopped going up there, but he does remember a ski weekend with Steve and Eddie and some cousins. Maggie and I were probably watching chick flicks at home in the City.

It was great to get to see Tim and spend the weekend in such a beautiful place, even enjoying the first snowfall of the season. And it was such a bonus to get inside our old house and remember so many fun times.