Here is something I never thought I would say: I will be attending my first ever beauty pageant on May 9. It is the Second Annual Miss Unlimited Pageant. No, I am not a contestant; it's not quite THAT unlimited. This pageant is for young women with a disability.

I heard about this after it happened last year, but it was right after we lost Maggie and I was in too much of a fog to look into it. This year the organizer Michelle Wynn, reached out to me, and I'm so glad she did. Because I know how these things can go, I warned here that some in the disabled community might not like this because it is a segregated event and there are many who simply want disability to be part of the overall tapestry of the world, and not its own category. Her response cemented this for me, She basically said, I know there are people who won't like it, but the girls love it and that's enough for me.

Let's face it, inclusion will take a generation or more to happen. If we wait for that, we lose an entire generation of opportunities to make people happy. There are things we can do now, so let's do them. We can celebrate real beauty and stop ignoring a whole subset of the population, so let's just do it.

The Miss Unlimited organization describe it best on their website www.missunlimited.org which you should check out in full,

All too often we are taught to believe in a false definition of what it means  to be beautiful, casting aside the essential values of real beauty; strength, kindness, and confidence, the qualities that make us all radiant.
The Miss Unlimited Pageant was founded on the principles of empowering the true beauty and unlimited potential of girls with special needs. The pageant provides the opportunity for these young girls to be celebrated for all they are inside, and not just defined by what the world sees on the outside. 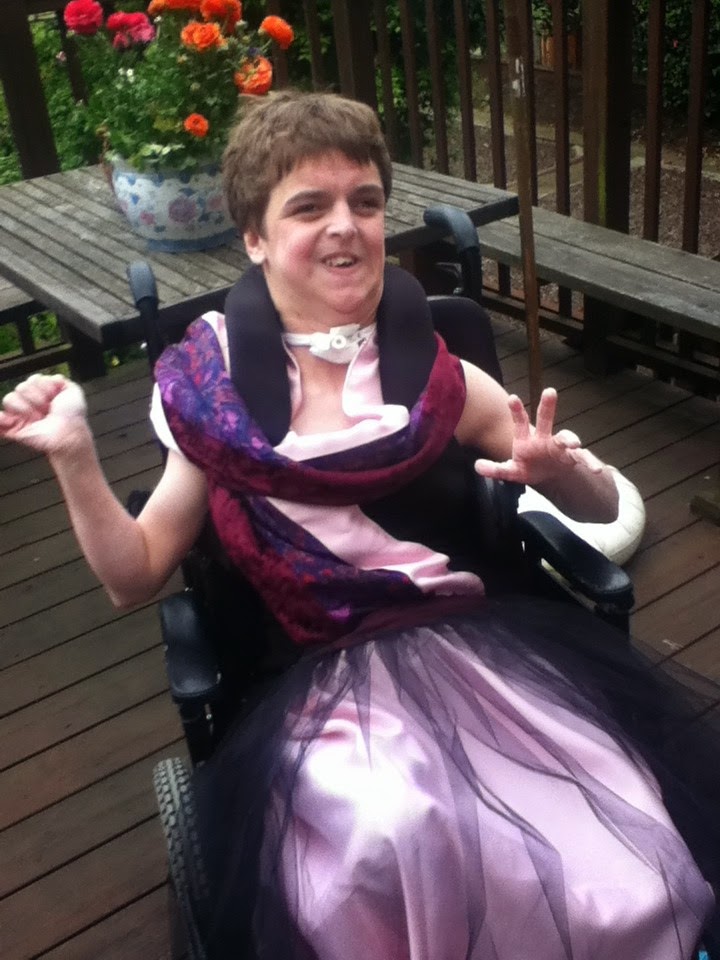 I love this idea for many reasons. It is a chance for these young women to be pampered and celebrated, something that just doesn't happen often enough to girls with special needs - or to any of us. On a separate point Michelle Wynn is a teacher at St. Ignatius High School and the event will take place at Sacred Heart High School thus giving the Catholic school community a much needed entry into the world of special needs. Catholic schools and private schools in general have very limited ability (or interest) in providing special education, therefore depriving themselves and their students of a complete understanding of the world of special needs individuals.

I could list many other reasons, but let's just cut to number 1 - Maggie would have LOVED it. Man oh man, she would have been there front and center having the time of her life. There was nothing better than prom day for her. She loved getting dressed up and heading out for the night. This would have left that in the dust. As Ms Wynn says, that's reason enough for me.

Check out the website and think out getting involved. If you know young women who might be interested, help them fill out an application. If you can donate or volunteer, please do so. It will be a fun day and a chance to make a big difference in the lives of some truly beautiful young women.

In Maggie's last years she became friends with a new and older group of kids, including Thanh, Ben and Clay. Thanh was a mentor to Maggie and other kids, especially those who used talkers. Thanh herself used one and was quite good at it. She invited Maggie to an art show along with the other guys and we went and had a great time.

Maggie was a bit intimidated because these were the older cooler guys and she was the young tag along. They never treated her as such, but I could see how nervous she was. The more we hung out with them, the more comfortable Maggie was. In fact, I began to feel uncomfortable because I was the only parent. Each of them had someone young and cool as a companion and Maggie had her old mom. I felt like the old tag along - but they never treated me like that either. It was a welcoming group that gave Maggie's last year or so a new depth and provided much needed recreation. We went to the park, to baseball games, and bowling. Maggie loved all of it.   Here they are bowling at either Clay's or Ben's birthday party. We went for both birthdays, and I'm telling you those guys are bowling sharks. 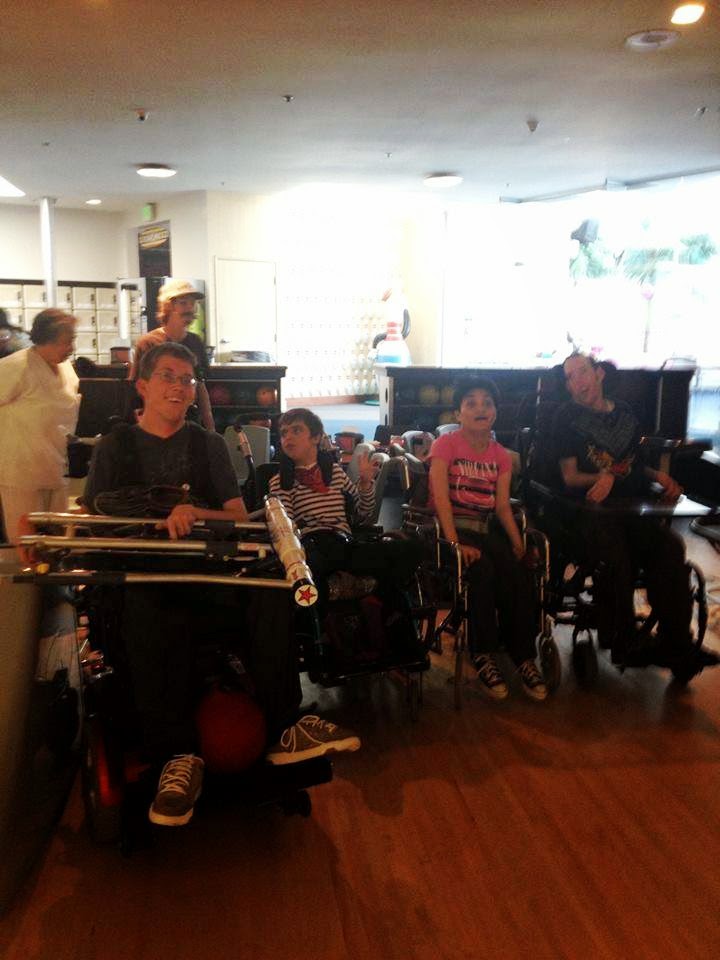 Thanh, an accomplished artist has been telling me lately that she was preparing something for Maggie. I didn't know what it was, but last night she sent me this video, which I will treasure always.

Thank you, Thanh for this wonderful remembrance and thank you and Clay and Ben and all of you for being her friend and making her last year so much fun. You were friends indeed.

First, Have some charm

The basic tenet of the Hippocratic Oath is "First do no Harm." Doctors are there to help, not cause more damage. Perhaps that needs to be applied not only physically, but emotionally as well. Hence, the title of this post, "First, have some charm."

Someone needs to teach doctors some tact and manners. Not all of them, of course, but it only takes a few bad apples to make the whole bunch seem spoiled. Doctors are smart. Doctors are busy. But doctors are caring for people at their most vulnerable moments and because they are smart they need to remember that, no matter how busy they are.

My husband and I are the first responders for issues involving my father in law. He lives closest to us and that's what makes the most sense. We are happy to do it and he is very appreciative. Our past experience often comes in quite handy because the similarities between managing Maggie's care and managing my father in law's care are astounding.

Maggie as a disabled child was often ignored by the doctors even though she was the patient. Not doctors who knew her, of course, but doctors who didn't, for example those in the emergency room, or young residents when she was in the hospital . They would talk only to me and not even attempt to engage her. Obviously I spoke for Maggie so that was somewhat understandable, but a comforting word or pat on the arm would have been nice, not to mention the courtesy of telling her the plan. They assumed she didn't understand, which was wrong; but even if she didn't understand, take the time to speak comfortingly and engage your patient. Generally I held my tongue because it was easier. I am a big believer in the adage, "you catch more flies with honey."

[Note  all of Maggie's former medical providers just fell over laughing at that. I was not always the nicest person in the world, but I really did let a lot of little things go, so I could save steam for when I really needed to blow my top.]

The same thing happens with my father in law. He too is now disabled, but the issues in this case seems much more age related than disability related.  This morning he was taken to the hospital from his assisted living residence. (He is already back at home and is fine.) Steve actually arrived at the hospital before his dad did. Steve learned from the paramedics that Dad was ok - in fact they didn't think he needed to be transported to the hospital at all. (Separate issue altogether).

Shortly after arrival the young ER doc enters the very small room with my father in law right there awake and alert and probably not even needing to be there. Instead of finding out the situation he immediately starts talking to Steve asking, "How far do you want us to go? what is the plan here?"

He might as well have said, "are we going to bother with this old guy at all?"

Really doctor, this is where you START? How about a question like, well, sir, what brings you here today? Oh, you can't hear me, ok I will 1) speak up or 2) get the story from your son and then we will decide the plan together. Instead he disregarded my father in law completely and wondered aloud if they should bother to intervene at all.

Steve brought the doctor out of the room and let him know that wasn't cool, and the doctor said he got that from Steve's body language. That makes me laugh because I can well imagine what that looked like. Eyebrows UP, head cocked, chin tilted just so, arms folded..... We can only hope that doctor learned something from that body language.

Everyone knows the medical system is flawed. This event could have easily been handled at an urgent care site without involving the ambulance and paramedics and the unnecessary expense. Instead the resources are strained to handle this non emergent matter. Then when he arrives at the ER, the doctor treats him like he is not worth any time or effort despite his relative good health.

I wish I had a silver bullet to fix the medical system, but I don't. Fixing the attitudes is easier. Or it should be. Doctors: Treat every patient like you would want to be treated. Every patient, young, old, disabled, sick, afraid, hypochondriac, mentally ill and everybody else.

It's the Golden Rule.
And it's charming.

Holidays are hard. Easter, the most joyous of holidays, was hard.

Not for any particular reason and not because anyone said any thing wrong. Perhaps it all becomes a little more real on holidays. They present an opportunity to sit down and reflect and remember, something I seem very capable of avoiding.  It's another time the family gathers and Maggie isn't there.

This year none of my kids were at Grandma's house for brunch. Tim was working and Eddie is in Southern California. While I always wish they could be with us, their absence doesn't hurt like Maggie's does.  They are out living their lives exactly as they should be.

Maggie lived her life exactly as she was supposed to too.

I just wish she still was.

I miss that girl.

I miss knowing my role in the world when she was here. 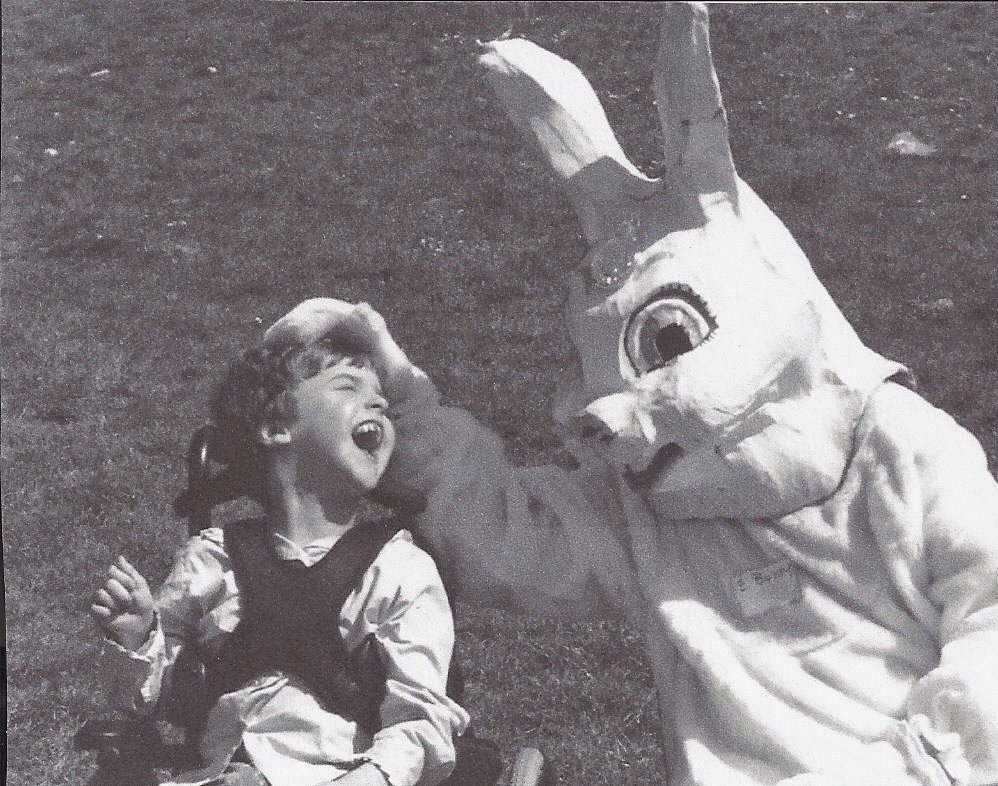