The holidays were rough, but we got through them. I have a story to tell about that, but that will have to wait for another day. Today I'm irritated and need to share.

I spent Maggie's life fighting the system. If you fought enough you could make it work. It did work for her mainly because of the constant fighting. Somehow I thought one small relief I would get was the end of the fight.

You may recall my irritation a month or so ago when Maggie received another summons for jury duty. If not, you can read it here: Maggie World: The Jury is out.  Despite my aggravation I dutifully reported to the court that Mary Margaret would not be reporting because she passed way. My rationale for bothering to do this was that the notices would stop. I was so very wrong.

Today Maggie received a "NOTICE OF FAILURE TO APPEAR FOR JURY SERVICE."  This letter threatens the "imposition of fines and/or incarceration."

Good luck with that. I think she's out of your jurisdiction now.

What do I have to do to make this stop?  Your office was advised of her inability to serve because of her permanent disabilities. That was ignored. It was likewise advised that Mary Margret passed away.  That too was ignored. Please pay attention, and adjust your records to remove her name. This is just cruel.

Any bets on when she gets the next notice. 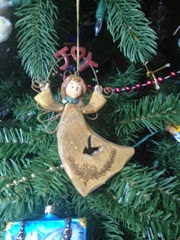 The Sun will Rise

I know I haven't been around much. I have to be honest; these holidays are just kicking my butt. Every minute of every day is hard. We are just putting our heads down and powering through, because what else can we do?

I will be back writing and deciding what to do next. I feel I've been a bit selfish with this blog,using it for my own grief. But it has been an excellent outlet for me. I thank you all for listening.

Many years ago I marveled at Tom Hanks acting in the movie Castaway. It is the story of a modern day executive who lands alone on an island after a plane crash. He lives there for years and his only friend is a volleyball named Wilson - but because it's Tom Hanks you really love Wilson.

I completely identified with that movie. I thought it was a bit of an allegory for my own life with Maggie. I was on one trajectory as a working mom/lawyer and then Maggie came into our lives and I was suddenly marooned on this desert island.  Of course I was never alone, I had my family and I always had Maggie, but it was so sudden and so completely different from anything I had known it felt very isolating. But I found a way to survive and to thrive, much like Tom Hanks character in Castaway. Like the movie, I eventually found my way back to a sense of "Normal" even though everything was different.

Still, way before I lost Maggie, it wasn't the time on the island that I related to so much in that movie as it was his speech at the end of the movie. He needs to attempt to return to a normal life, even though every thing  changed while he was on the island. Everyone thought he was dead and continued on with their lives. His fiance has moved on and married another and he has to figure out how to return to a life that simply isn't there any more.

When Maggie was here with me, that speech related to tough medical times. So many times I said to myself, "the sun will rise" which was code for tomorrow things will be better. And they always were. Until they weren't. Now I find myself relating in a different way. I have to be patient. The sun will rise. And who knows that the tide will bring in.

I hesitate to post this clip because in the first part he talks about his earlier thoughts of suicide. I never once thought about that and never felt without hope. Ever. I can't find a shorter clip so I'm posting it with the understanding that this is NOT a cry for help; it's the second half of th clip that I love.  I want to post it because I had a similar epiphany when Maggie was little. I knew somehow we had to push forward because better times lay ahead. And they did. And they do.

I'm so sad to have lost Maggie, but so glad she was on that island with me.  .

And no I know what I have to do,  I have to keep breathing. And wait to see what the tide will bring in. I lied a little bit. We did indeed put the tree up last week, but it sat undecorated, save for one sad candy cane all week long. 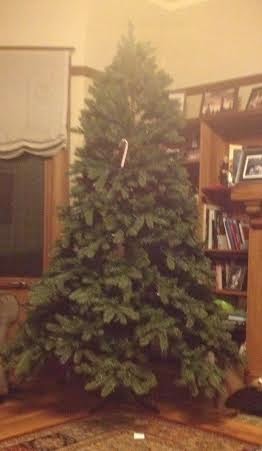 Neither Steve nor I were fully prepared for the level of emotion that would be involved with that. I did tell him I wanted to skip the stockings this year because it would be too hard to look at one for Maggie and too hard to look at an empty space where Maggie stocking should be. But every box had reminders and things of Maggie's we hand't seen in a year. She was here last Christmas and we had no idea what was coming.

I miss that little Elf. 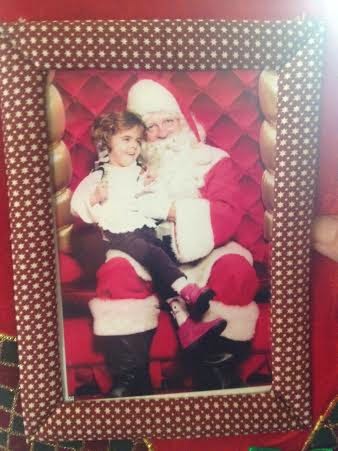 We Need a little Christmas, right this very minute.

I am about to break a family rule. It's December 2 and I am going to address Christmas. My sister Joan's birthday is tomorrow and we would never really talk about Christmas until after her birthday But those were back in the days when Christmas season was limited to a month rather than the three month extravaganza we all enjoy now. So sorry, Joni. You're out.

The Holidays are not easy when you've lost someone. Halloween, Maggies' favorite holiday, was hard and Thanksgiving was even harder. We were unprepared for both holidays. We never even carved a pumpkin for Halloween; and the Thanksgiving box never made it out of its basement storage spot until noon on Thanksgiving Day when I realized I didn't have my pilgrim salt and pepper shakers for the table. Both of those dates sort of sneaked up on us and we didn't get any of the joy of preparation.

Because of that, I decided we need a little Christmas, right this very minute. Steve brought the tree up last night and we will decorate it this evening. The holidays will still be hard, but we can do our best to make them festive. We have to find our joy wherever we can, even if we have to create it.

Part of this epiphany is due to an activity in which Steve took part on Saturday morning. He joined other members of the South End Rowing Club for the "Ho Ho Ho Row." About 15 rowers dressed as Santa or one of his elves, loaded toys into their rowboats and went from Aquatic park to Pier 39 to deliver the toys to the waiting San Francisco Fire Fighter for the Toys for tots programs. I was the unofficial photographer of the event. I stayed on dry land and took pictures as they shoved off, from the end of Pier 39 and when they arrived.

It was such a fun event and such a great cause. Maggie would have loved it. It put Christmas in my heart and I'm going to do my best to keep it there.

And just because I know you are singing it, here's We Need a Little Christmas from Auntie Mame

And Happy Birthday to Joni tomorrow!!


Posted by Maggie World at 7:42 AM No comments: