Is there a doctor in the house?

Raising Maggie with all her medical issues has some distinct advantages. I am an excellent diagnostician. Really. Maggie can blink the wrong way and I know instantly what is wrong and zoom her off to the hospital. 99% of the time I’m right, based on nothing more than instinct. Doctors who initially dismiss my concerns as simply those of a nervous mother inevitably say, “good job mom” when it turns out my instincts are right again. Happily I’m losing that skill a little bit because Maggie is so much healthier than she ever was before.

I can tell you this, though – that sharp instinct was not maternal, per se. It was something that kicked in only for Maggie, not necessarily for the boys. Maggie’s life and death situations honed my responses to such a fine point , that I often overlooked the bumps and scrapes of everyday childhood. None of those compared to rushing off to the hospital for a neurosurgery. I guess I was something of a specialist but couldn’t hack the general practice. 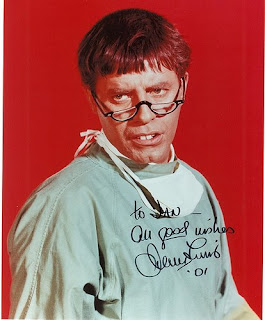 As I my boys can tell you, if they weren’t bleeding or on fire, they got zero attention from me for medical issues.


The best example of this happened in 2007. That was a rough year for us. My dad died in January of that year and then in March, Maggie became very ill and spent over three weeks in the hospital. When she came out she had the trach and her care went from complicated to ridiculous. There were numerous complications and emergency trips back to the hospital after that and things have really never been the same since.


In the last week of August of 2007 Tim had just started his senior year of high school. He complained about a stomach ache and I ignored him. He complained the next day and I said, without even looking up, “it’s probably just the start of school and the change in your schedule.”
In the middle of the night on Thursday of that week he came into my room doubled over saying in a desperate voice “You’ve got to help me.” Allright. I got up and went downstairs with him and gave him a glass of water. Maggie’s nurse was here and said, “Sally, you’ve got to take this boy into the hospital.” I said “ok” but didn’t really share her concern.


Because I spend a lot of time in Emergency rooms, I prepared myself for a long stay. I made a pot of coffee and gathered the crossword puzzle and other parts of the paper I hadn’t read. The nurse was pacing nervously and Tim was clearly uncomfortable. Steve stayed behind to deal with Maggie in the morning and finally we left for the hospital. I still felt like I was placating the nurse and Tim.

Once there, it took about five minutes to diagnose appendicitis.

Yeah. I felt pretty bad. I apologized to Tim over and over. He was on pain meds until his surgery several hours later. Once the pain was gone, he didn’t care.

It has actually become something of a family joke. Tim told Eddie not to worry if there is an emergency and he gets real sick, mom will be right there with a glass of water.

Thankful- November 4 another beautiful day in San Francisco. I'm thankful Tim is taking the car today so I have an excuse to walke the dog in the park.
Posted by Maggie World at 7:38 AM