A frustrating day offline with modem problems. I can deal with the problems, it's the 5 calls to comcast, a trip to the comcast store, office max and best buy that were irritating. But we are back in business!
When I wasn't running around fetching the modem and trying to get it to work, I went to a birthday party in maggie's class. It was Tyre's birthday an the theme was Rock Star. I stopped at the Haight Ashbury T-shirt shop on the very corner of haight and Ashbury and bought a Jimi Hendrix shirt for Tyre. 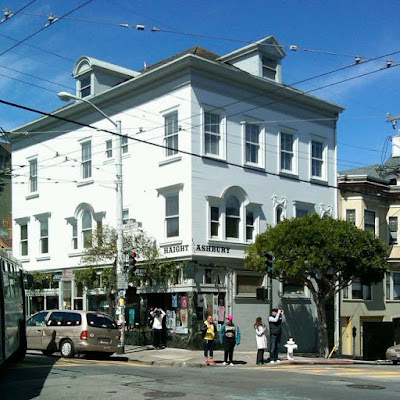 When I arrived at school, all the kids had rock star glasses on. Maggie's were perfect with her glam rock outfit that she wore to school. 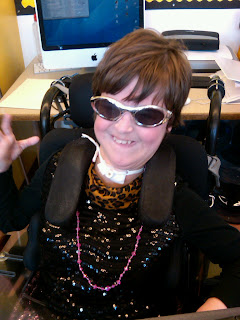 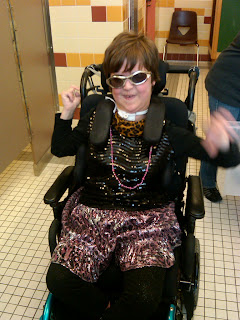 There was karaoke, and Mr. David and his band played live music. I was a judge in the dance contest.
A busy day in which computer furstrations paled in comparison to the rock star party!
Posted by Maggie World at 11:44 PM